Doing our bit for Charity.

The whole idea behind the trip was to give something back to people in need of help. Having two close family members die from cancer, and one of the groups younger brother currently tackling leukaemia. We decided to raise some money for the angels over at the Christie Charity. They do some amazing work, and should honestly be sainted. With an initial target of £500 we were overwhelmed when all the generous donations beat our target and we ended up with a grand total of £689.39. This made us endeavour to make our supporters proud.

A misty morning scramble up Pen-y-Ghent.

We arrived at Horton in Ribblesdale a little after 6:30 am, with the idea of getting a good early start knowing full well this would take over 12 hours.

We were under no illusions we would manage the official challenge of under 12 hours, we are all a little unfit and quite honestly it was the first peak or mountain I had ever walked up, so with there being 3 of them, and with them being anywhere between 650 – 750 ft high, I knew we wouldn’t manage under 12 hours. But for us, just being there and raising money, completing the peaks at all was a miracle.

With our bags sufficiently packed, we embarked on our journey. We initially thought “oh, its quiet, there’s only a few people”. How wrong we were, crowds of people appeared. Hordes of eager, early morning ramblers heading in the same direction. The gradual ascent to the foot of Pen-y-Ghent was easy enough, it took about an hour to reach the first challenge of this peak. The paths were full to brim of people, which didn’t make it any easier, and as the path slowly gave way to sharp ascents, the mist was making the rocky footpath quite hazardous. On fresh legs this part of the walk is a breeze, it’s just a case of carefully scrambling up the rocks and ensuring you have good footing, its a long way up, and even longer down so care is paramount. We were atop the summit of the first peak at around 8:30, and after a quick sandwich and drink we were ready for the long 8 or so mile descent from Pen-y-Ghent and on to the next peak.

We were making good time, it took around 2-3 hours to reach The Station Inn at Ribblehead. Here we stopped for a quick snack (Burger and Chips) and a little drink of Ale. After about an hour or so we were rested enough to continue.  So on we went, passing the beautiful  Ribblehead Viaduct. We marched onto Whernside. Our legs after an hour or so, were starting to feel the pain of over 8 hours walking, but we persisted.

The climb up to Whernside is arguably easier or harder than Pen-y-Ghent. With the first peak, its gradual then a sharp 15 minute scramble. Whernside is more of a gradual ascent over a longer distance, but by now you have been walking for more than 8 hours and it is quite honestly really hard, to the point you want to give up. After reaching the summit, we took another well needed break at the top. It was then time to tackle the descent, which at the time we were there was obviously being worked on. It is a very very steep descent, and was very harsh on our knees, we however survived and reached the bottom.

By now, are legs were like lead. We were exhausted, and was ready for a nice warm bath and our beds. There was talk of finishing early and calling it a day. But as the car was back at Horton in Ribblesdale, it was a choice of walking the long route back to the car along the road, or just climbing the last peak, claiming victory and then back to the car. Which is weirdly quicker.

We knew what was coming, a gradual ascent up Ingleborough and then another scramble.  Like Pen-y-Ghent on steroids, or that’s how it would feel.  By the time we reached the top, our water was running low, we were out of protein snacks, we were muddy and wet from the rain but we had done it.  What felt like the journey to Mordor, was in fact a full 13 hour 35 minute walk, but we had set out what we achieved to do that day. And encouraged to partake in more charity walks. 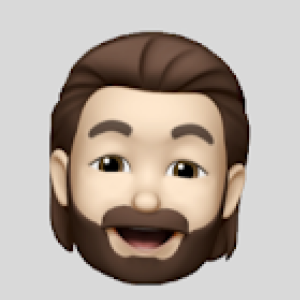 All Posts »
PrevPreviousPleasington Priory – Blackburn
Scroll back to top